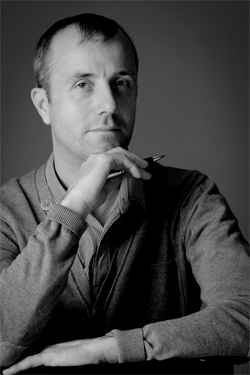 In theory, this should be a doddle. As writers, we’re vain. If we’re interviewing someone more important/famous than us, we like to drop our name into the article afterwards.

But when it comes to turning ourselves into the subject, we shy away. Hence the putting off. And the delay of relaunching a site that’s been good to go since the first of many times my excellent designer, Elle Draper, has nudged me into putting digit to keyboard.

I can’t say the writing bug hit me until my 20s. Whilst I’ve always been a voracious reader, writing was something I reserved for the world of academia. Although I was more flattered than insulted when a professor marked one of my papers down for being overly journalistic.

Shortly afterwards, I found myself in Camden’s The Good Mixer. At the height of Britpop. Whilst myself and my mates didn’t run into Blur that night, we did meet the comedian Rob Newman.

This was the time Newman and Baddiel were selling out Wembley. Despite being a fan, I nearly spat out my pint when Rob introduced me to his drinking companion. “Gavin Hills, the Gavin Hills who writes for The Face.”

It was then that I decided that someone who I’d always admired as a writer would become my role model. I asked Gavin if I sent him something, would he give me some feedback. He promised he would.

And this was no drunken pledge. For my tortured, and no doubt torturous to read, prose was received. And I got a postcard from Nicaragua to prove it, complete with a detailed critique. Apparently, I had to work on my hooks.

Later, and I know this sounds like stalking, I found out that Gavin had been appointed editor of the Official England football magazine. I wrote again, asking if I could write some features. Only to be offered a week’s work experience which kept on getting extended until I ended up as the mag’s contributing editor.

I was a journalist. Not long after Euro’ 96 ended, the Official England magazine hit the dust. I stayed in the game, by writing for a football partwork before becoming the deputy editor of the Official Chelsea magazine.

However when my then youngest son Alex contracted leukaemia aged just eight months old, everything changed. Following a six-month stay in Great Ormond Street, my then Spanish wife decided that she needed the extra support of her family in Gran Canaria.

So we moved and this football journo became a house husband. My Spanish wasn’t good enough to land a job in the local media. Not that it appealed much, seeing as writers seemed to receive ten times less than they did in the UK.

So I changed tack. Using my Canarian base to my advantage. Becoming the Canary Islands correspondent for the likes of The Independent. Wrote a book aimed at people who might want to follow me over the island on either a short- or long-term basis.

And that’s me. This has been about me. If you want to learn more about my work, consult the portfolio of articles I’ve written for a wide-ranging selection of titles.

One last thing. Remember. These hands are for hire.